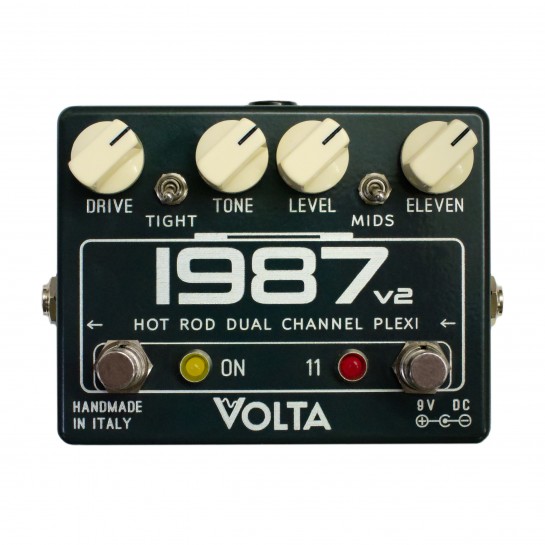 N.B.: This product is available, but due to the numerous orders received, and being completely handmade, can (in this period) take up to a maximum of 20 working days (Mon-Fri) from the order date for the construction, testing and complete calibration.

The sound of the most SWEATY and LOUD-MOUTHED Rock.

The sound of a Plexi pushed to the max.

With the volume on ELEVEN.

This pedal is a tribute to the British saturation that has made the history of Rock. From the JTM45, to the 1959 Super Lead, to the 1987 that is the 50W Super Lead... amplifiers that were often pushed to the max and modified to have an even more aggressive character, mods that gave life to the concept of HI GAIN: all of this is "VOLTA 1987".

Both the "ON" and "11" channels behave like a dynamic single-channel amp, one more pushed than the other: with the guitar volume and the touch you can control and clean the saturation comfortably. This pedal also can "eat" other pedals placed on its input, just like an amplifier would do.

DRIVE: from semi-clean rich in harmonics, sensitive to touch, to the saturated crunch of many records, unmistakable and fun to play.

TIGHT: 3-position control to set the grain and definition of the pedal (or even to adapt it to a single coil or humbucker):

1) down: meaty and grainy both on the normal channel and on the ELEVEN channel.

2) center: defined and tight on both channels.

3) up: defined on the normal channel, meaty on the ELEVEN channel.

TONE: tone control used together with the TIGHT provides a very varied palette of sounds.

MIDS: 3-position control to set the level of MID frequencies, to match the pedal with your personal taste and preferred amplifier.

2) center: flat mids, for a more neutral tone, like the clean signal.

3) down: lightly scooped mids, to match with mid-heavy cabinets or amps, or to enter in metal territory.

LEVEL and ELEVEN: independently control the volume of the two channels, for an always controllable effect. 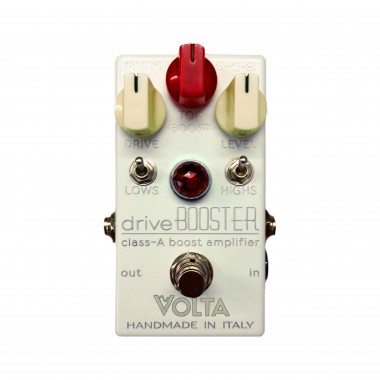 265,00 €
The Blue is a handmade overdrive pedal that preserves the original tone of the guitar. An effect with unmatched transparency and touch sensitivity.
Add to cart 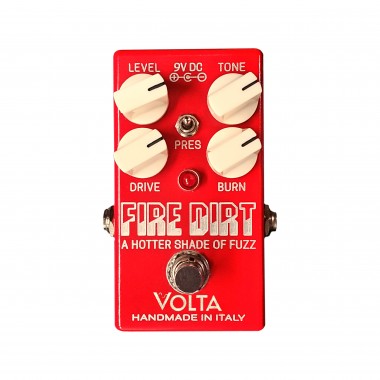 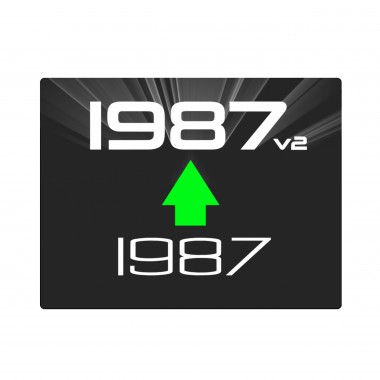 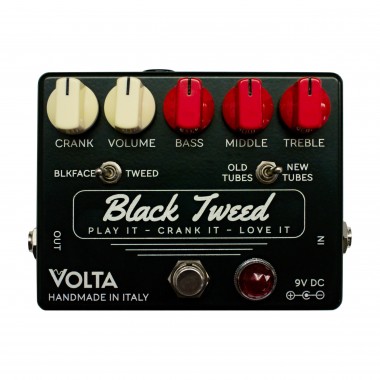 180,00 €
Black Tweed - The American School of Amplification, in a Pedal.
Add to cart